Menu
Menu
Back to main page 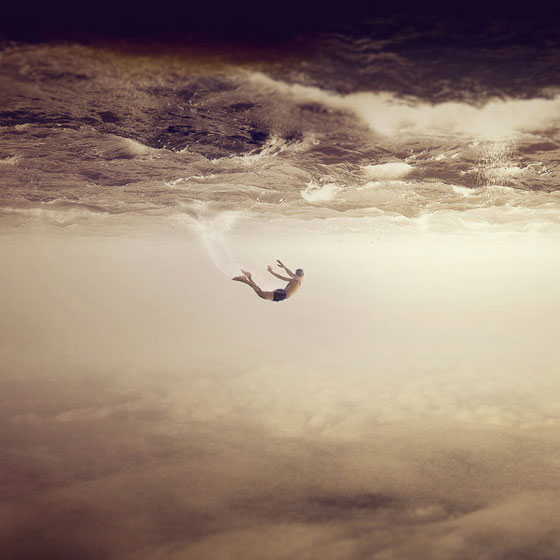 The Art of Letting go

The ultimate paradox. We hold onto the status quo for dear life, yet expect things to be different, better, happier or more fulfilling.
Or rather we’d like to shift, but we’re paralysed by the … but how? and what if? scenarios. The mind, if you let it, blows out and ends up like my hair after a few days in the surf; messy and unruly.

Sometimes it’s knowing that change is coming, but unwilling to loosen the grip, causing unnecessary suffering.

Yet regardless of all this mind matter and need for control, each of us has a responsibility in this lifetime to evolve. If we’re not evolving, we’re dying. It’s as simple as that. Nature is testament to this; it’s in a constant state of evolution and change, and as an extension of that, we’re no different.

And so presents the modern day challenge, that despite the advancements in technology, medicine and science, our intellect still cannot predict the future with any degree of accuracy. That its attempt to do so is to regurgitate that which it already knows – the past.

It doesn’t take modern day science to tell us that this formula for future tripping is futile, at best.

Our mind will raise the fear alarm and remind us, almost obnoxiously,that should we step into the unknown, it can’t help us there – it’s unfamiliar territory.

“But what I’ve come to experience is this, if we’re open to seeing things differently, to let go of the ever repeating known, we generally transition through a couple of mindsets.”

Ignorance is bliss – whilst i don’t entirely agree this statement, I think we all go through this stage to some degree; unable or unwilling to look at what’s calling for a shake up, or how life is subtly nudging us to show up and coax us in a direction. While some are content to ignore this call, to remain passive bystanders and to some extent, victims of their own circumstance, others choose to delve deeper.

It’s all illuminated, but wait! – if you’re receptive there is always someone or something that flicks the switch or turns up the dial – it can be as instant or subtle as that. Once unearthed, this new dimension of life is exhilarating, raw, authentic, smells so familiar it’s intoxicating – but scary as hell. Not only because the newly found light illuminates a once dark place; it also cast shadows on things we previously tolerated, but now acknowledge no longer serve our highest good. It can be a tough pill to swallow.

I think this is where most people live; between knowing there’s something bigger but caught up in the fear, the social expectation and the ‘but what happens if I let go’ storyline. For some, tapping into the feeling momentarily often gets overrun with the mind labelling it as unassertedbullsh*t, and knocking us back on our butt.

Let go and jump – and then you get to the point when you realise that all the juicy, heart stopping, moments come the minute you unshackle from the thinking mind and dive in. The unbounded feeling of living in alignment with what nature is asking of you, regardless of what your mind conceives, becomes your secret roadmap. You begin attuning yourself to the universal flow and your ability to move through life without suffering or holding onto things becomes effortless.

“You also become acutely aware that working against nature’s flow is exhausting, unsatisfying, empty and has no place for you there anymore.”

And so what should inspire you to embrace this letting gophenomena?

That of the trillion of trillion options the universe had, you were chosen to grace this earth so that you could live out your fullest potential, to push beyond the limiting beliefs and nay-sayers and know that the universe has your back. Always.